Green is smart, environmentally friendly, homegrown, and renewable. Green gives you more for your money. And when you look closely, Oilheat has been going green for years. No other energy source has come close to reducing greenhouse emissions like Oilheat has.

Through advancing technology, consumer education, equipment maintenance, and financing and tax credit programs, we’ve been dedicated to reducing emissions and making environmental improvements. Now with Bioheat – the new alternative fuel made from renewable, domestically grown agricultural products – we continue to lead the way in reducing emissions, lowering Connecticut’s carbon footprint, and ultimately putting a little more “green” in your pocket. How’s that for intelligent warmth?

Wintertime puts every home heating system in Connecticut to the test. Some pass with flying colors, providing users with ideal comfort, energy savings and peace of mind. Others … well, not so much.

If you answered ‘yes’ to any of the above questions, then it might be time to replace your home heating system. (And if you answered ‘yes’ to more than one, plus your heating equipment is more than 10 years old, then it’s definitely that time.) The good news is that upgrading to a new, high-efficiency boiler or furnace can greatly improve your comfort, reduce your fuel costs and give you year-round peace of mind.

Rebates up to $1,300 and financing is available to help you upgrade your heating systems.  Go to http://www.upgradeandsavect.com/ to lean more and for more efficiency information and tips go to http://www.bioheatnow.com/energy-efficiency-tips.html.

Connecticut’s energy markets are abuzz with a word you might’ve heard recently: Bioheat. It sounds like something new — but, the fact is, this clean, reliable, affordable, and renewable fuel has been helping Connecticut’s home and business owners meet their heating needs for years now. It doesn’t matter if you’re in Waterbury or Danbury, New Haven or Norwalk, Bridgeport or Hartford. In Connecticut oil heat is transitioning to Bioheat fuel.

According to a study by the University of Connecticut, ultra-low sulfur heating oil in Connecticut contains an average of 7% biodiesel. That means the fuel inside your oil storage tank right now is some of the cleanest, greenest heating fuel in the whole country!

Here is how clean todays oilheat is – 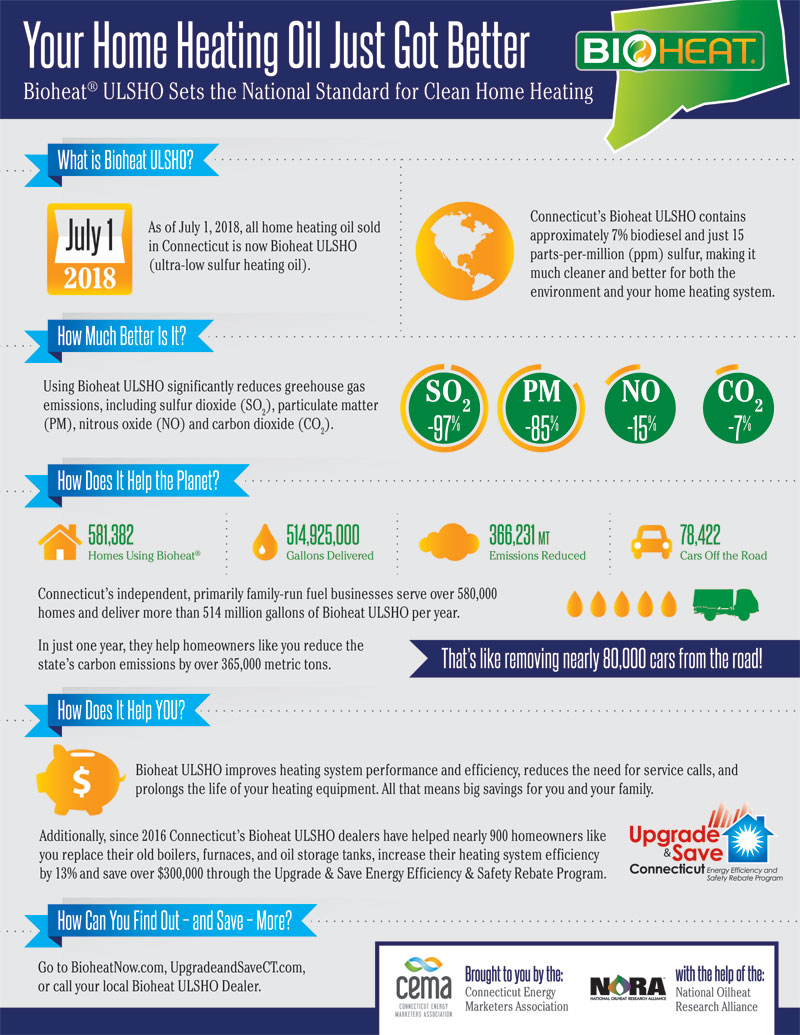 When it comes to your home and your family, you want your heating system to be safe and reliable. Here are ways in which Oilheat exemplifies safety and reliability: 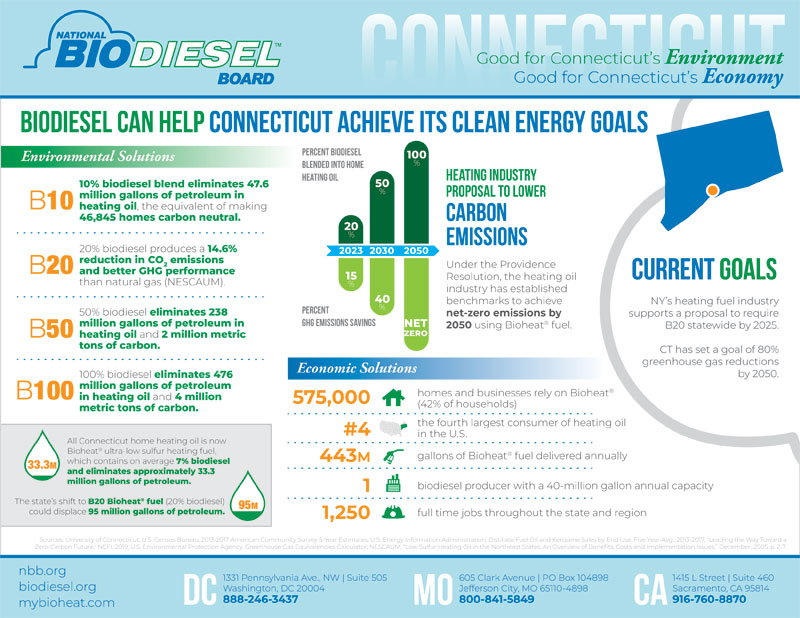 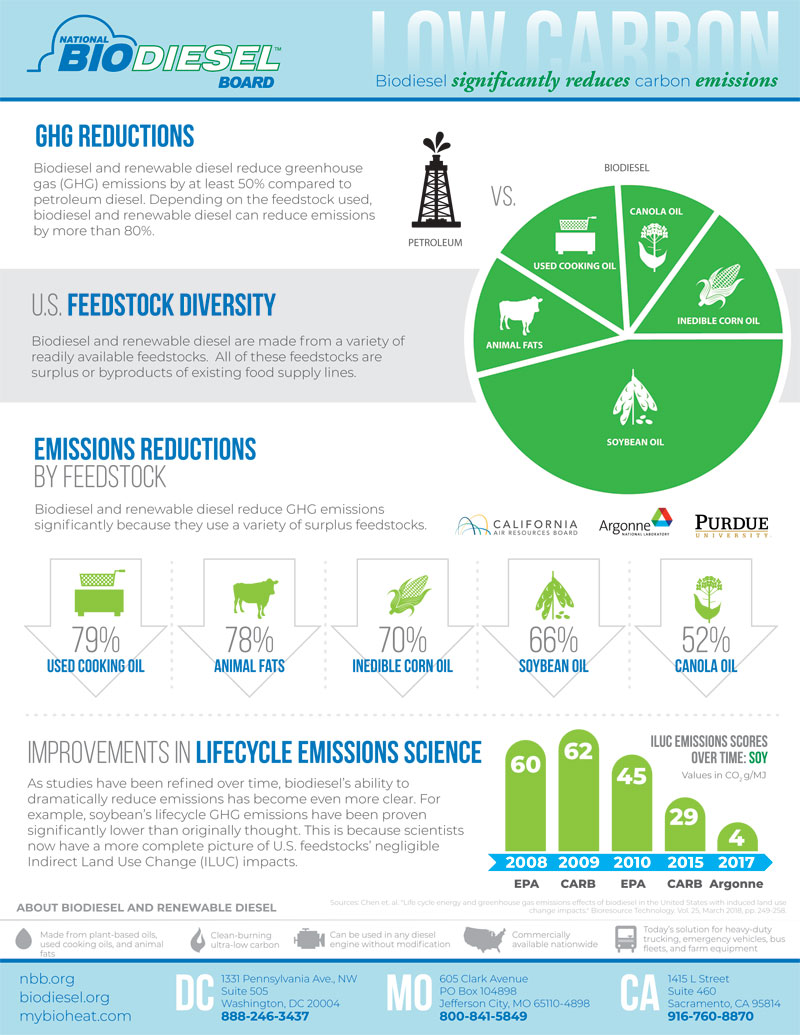